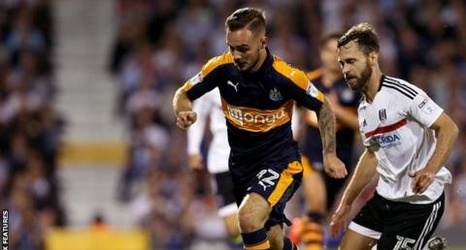 Barnsley have signed Newcastle forward Adam Armstrong on loan until January and Middlesbrough centre-back Adam Jackson on a three-year deal.

Armstrong, 19, scored 20 goals in 40 games during a loan spell at League One side Coventry City last season.

Jackson, 22, failed to make a senior appearance for the Premier League side.

The former England Under-19 international played in 35 games for League Two side Hartlepool last season, and joins for an undisclosed fee.

Of Armstrong, Tykes boss Paul Heckingbottom told the club website: "His talent and goal-scoring abilities are clear to see as he was excellent in League One last season scoring a tonne of goals.