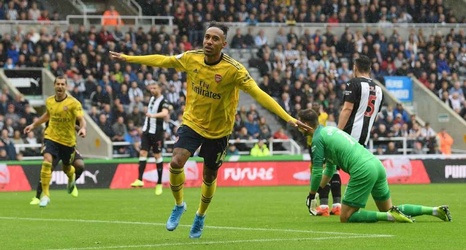 Arsenal striker Pierre-Emerick Aubameyang's second-half strike edged his side to a 1-0 victory over Newcastle in their Premier League season opener at St. James' Park on Saturday.

Arsenal dominated possession in a goalless first half, and midfielder Henrikh Mkhitaryan should have scored on 19 minutes, blazing his shot over the bar when the ball landed at his feet from a deflected pull back from left-back Nacho Monreal.