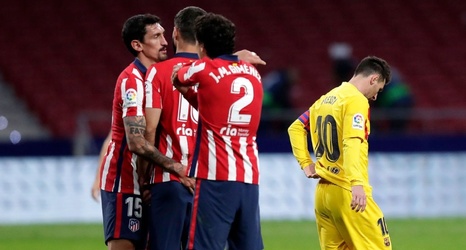 Gerard Pique knew, and maybe they all did. By then at least, at one point or another, they had all said it, even if they didn't believe it. That day, though, he actually did and soon, the rest joined him. For once, the Barcelona defender could enjoy doing a postmatch interview, he said. And so, standing there at the Sanchez Pizjuan at the end of February, following a 6-1 Barcelona win over Sevilla, he took up his position in front of the microphone and the empty stands, smiled and said: "Yes, of course, there is a league title race still -- worse things have been seen.