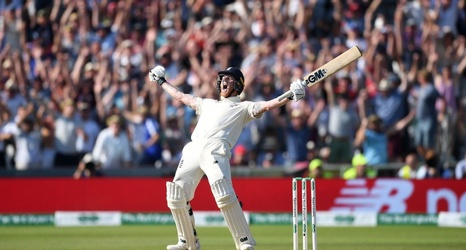 Newcastle United boss Steve Bruce joked that he was willing to play Ben Stokes as a centre-half after the England all-rounder's epic century sealed a one-wicket victory over Australia in the third Ashes cricket test on Sunday.

Stokes, who lives in Durham and is a Newcastle fan, smashed an extraordinary unbeaten 135 as the hosts chased down a record target of 359 in dramatic fashion to level the five-match series at 1-1.

Bruce's side went on to defeat Tottenham Hotspur 1-0 in the Premier League on the same day for their first win of the season and the 58-year-old said he had spent the final few minutes before kickoff in London watching Stokes' match-winning knock.