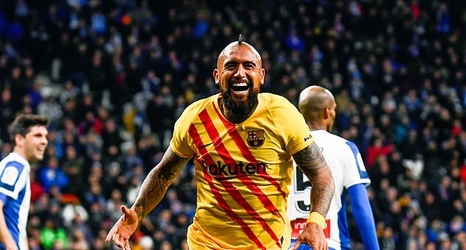 Newcastle United could be set to launch a shock bid to sign Barcelona midfielder Arturo Vidal.

The Chilean international is reportedly set to leave the Nou Camp this summer, and Steve Bruce's side could be set to fight Manchester United and Inter Milan for his signature.

According to Mundo Deportivo, Vidal is giving serious consideration to a Premier League proposal, but it is not from Old Trafford.

The report states that Vidal sees Newcastle as having a 'very attractive growth plan,' and would be interested in joining the club if they were to replace Bruce with his old Juventus boss Max Allegri.