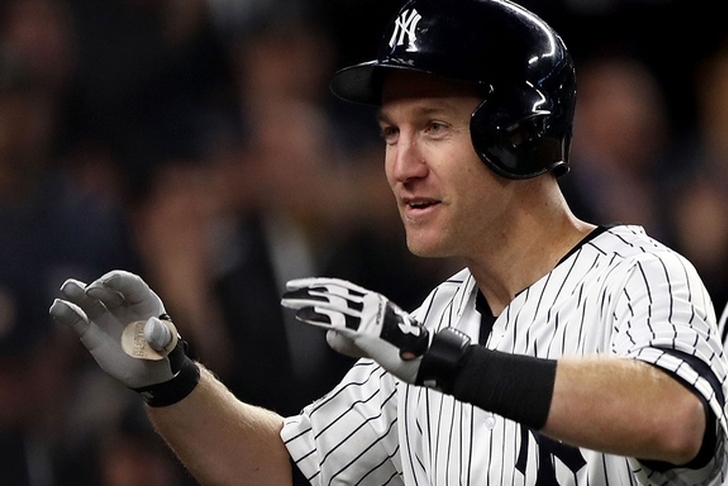 The New York Yankees offseason hasn't disappointed thus far and they continue to look for players to upgrade their roster. Two players New York has tried to land are Baltimore Orioles third baseman Manny Machado and Pittsburgh Pirates pitcher Gerrit Cole. Today's Yankees rumors roundup doesn't involve them, but it does involve some interesting trade talk. Here are all the latest Yankees news and rumors you need to know.

Yankees Fact and Tip of the Day: Fact - More people have walked on the Moon (12) than men who have scored against Mariano Rivera in the postseason (11),  Tip -  Like Yankees HQ by Chat Sports on Facebook.

Todd Frazier Back To New York?
The Score reported, free agent infielder Todd Frazier confirmed he met with both the Yankees and New York Mets on Tuesday.

"We’ve had contact with the Yankees, my agent, Brodie (Van Wagenen), has done a great job. I love playing for the Yankees," Frazier told Kevin Kernan of the New York Post. "It was such a fun time for me. We just came up short. We had a really good squad, and they are going to be really good again."

Brian Cashman Praises Chance Adams
The Yankees all off-season have been trying to land an extra quality pitcher. If they are unable to get Cole or another guy on their radar for 2018, the Yankees still have a solid starting rotation and young talent on the way.

NY Daily News wrote on Tuesday that Yankees general manager Brian Cashman said he remains high on pitcher Chance Adams and said he would have been promoted from Triple-A last September had there been a need.

Cashman also discussed a crowded 40-man roster as a factor to why Adams wasn't called up to the majors.

“Was he deserving? Of course,” Cashman said. “He’s done everything he needs to do. It’s just a matter of when an opportunity becomes available.”

"There's a recognition of Clint Frazier and Miguel Andujar as the next level of guys right below Gleyber Torres and it's understandable why, with what these guys have done coming through our system," said Cashman.

If you are a die-hard Yankees fan, make sure you aren't out in left field on all your latest Yankees News and Yankees Rumors.