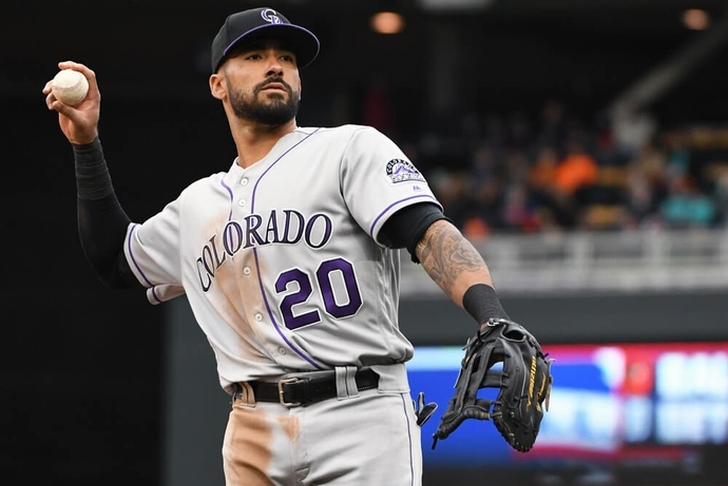 The New York Yankees lost on the sweepstakes for Pittsburgh Pirates pitcher Gerrit Cole, which has led to the rumors of them landing another right-handed pitcher. With certain dominos falling into place, the Yankees may start to get active again, bringing the attention back to the Bronx. Here are all the latest Yankees news and rumors you can't miss.

Did you know more people have walked on the moon (12) than players who have scored against Mariano Rivera in the postseason (11)?  If you enjoy Yankees statistics, you'll fit in great around here ---> Yankees HQ by Chat Sports

Ian Desmond for Ellsbury?
There aren't many MLB teams who will want to acquire Yankees outfielder Jacoby Ellsbury considering he is owed $68 million for the next three years, but Joel Sherman of the New York Post writes.

Looming over all decisions is the Yankees' pledge to stay under the $197 million luxury-tax threshold in 2018.

To that end, I have a suggestion: See if a trade could be built around sending Jacoby Ellsbury to the Rockies for Ian Desmond. Desmond has four years at $63 million remaining (including a $1 million assignment bonus if traded).

Why would the Rockies do it? Desmond was a miscast disaster at first base after signing a five-year, $70 million deal last year. Outside executives believe Colorado will ultimately sign someone else to play first or perhaps go with prospect Ryan McMahon. Young outfielders David Dahl had a back injury last season and Raimel Tapia played poorly on defense, as did Desmond when asked to play the outfield.

Colorado Rockies infielder Ian Desmond is 32 years old and in his eighth season in the majors, he hit .274 with seven home runs, 40 RBIs in 95 games last season.

Chris Archer Coming To The Bronx?
The Yankees have shown interest in Tampa Bay Rays pitcher Chris Archer this offseason. Archer has been one of the best young right-handed pitchers with 162 appearances, 160 of which have been starts racking up 967 innings pitched with a 3.63 ERA since entering the league in 2012.

NJ.com writes that the Rays are in sell now mode and this could lead to them dealing Archer. The Chicago Cubs and Los Angeles Dodgers have also been rumored to be in the hunt for the young 29-year-old.

LeBlanc's contract includes an out-clause at the end of spring training and if he makes the Yankees final roster he will earn $1 million. The lefty held a 4.50 ERA over 68 innings of relief work with the Pirates last season.

Missing the latest Yankees news is like being a contact hitter that strikes out a lot. To make sure your baseball knowledge doesn't come from left field, download the Chat Sports Android App.