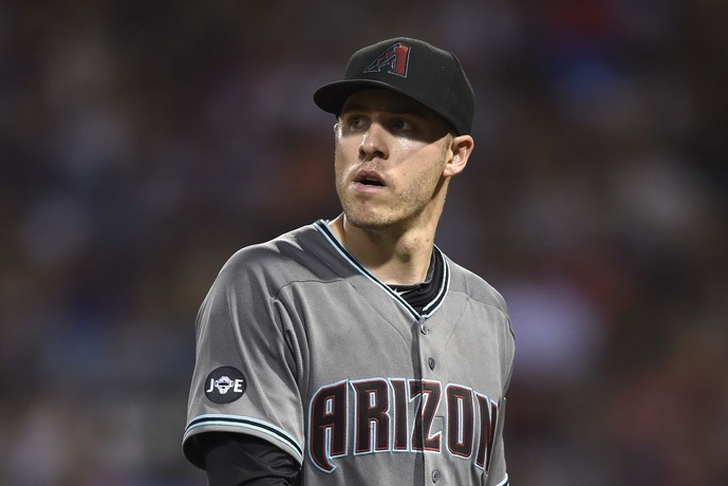 The New York Yankees are dropping bombs on the MLB world with all their moves this offseason. It looks like the nickname "The Bronx Bombers" is fitting since trading for National League home run leader Giancarlo Stanton on December 9th. If you missed Monday's rumors roundup that included Tampa Bay Rays pitcher Chris Archer and Yankees outfielder Jacoby Ellsbury, make sure to find time to read it to keep yourself in the loop.

Here are all the latest Yankees news & rumors you need to know:

Yankees Interested in Patrick Corbin
The Yankees are scouting Patrick Corbin of the Arizona Diamondbacks according to ESPN’s Buster Olney.

The Yankees have been digging into background/scouting on Diamondbacks lefty Patrick Corbin, one of the starting pitching options they've considered. He had a strong second half in 2017; eligible for FA after 2018.

The Yankees have been searching for starting pitching all offseason, but may not be able to afford to trade for Pittsburgh Pirates pitcher Gerrit Cole or Detroit Tigers pitcher Michael Fulmer. Corbin is a cheaper for the Yankees because he has only one year remaining on his current deal, unlike Cole and Fulmer.

According to FanRag Sports’ Jon Heyman, Pirates General Manager Neal Huntington still asked the Yankees for Torres in a trade.

Pirates have wanted Gleyber Torres in a Gerrit Cole deal. Can’t see yanks giving GT up. Frazier a more likely centerpiece, but would need to be more than 1 for 1. Perhaps andujar or Adams could be 2nd piece. Still negotiating.

Greg Bird's Reaction To Giancarlo Stanton Trade
New York Yankees first baseman is a soft-spoken guy who enjoys spending his offseason in Colorado.  In an interview with Jack Curry from the YES Network's Hot Stove Bird explained what he enjoys doing at home.

"I like to fish, I like to be outdoors and Colorado is a great place for those things," Bird said "It's been a great offseason so far, but I'm ready to get back to work and get playing again."

During the interview, Bird was told that there's a chance he'll be the Yankees' No. 3 hitter next season, with AL Rookie of the Year Aaron Judge hitting second and NL MVP Giancarlo Stanton batting cleanup. Bird was excited about the opportunity

"I like it, you can't find two better guys to hit between in baseball," Bird Said, "Geez, that would be interesting and a lot of fun!"

In an injury-riddled season, Bird hit nine home runs and drove in 28 RBIs in 48 games.