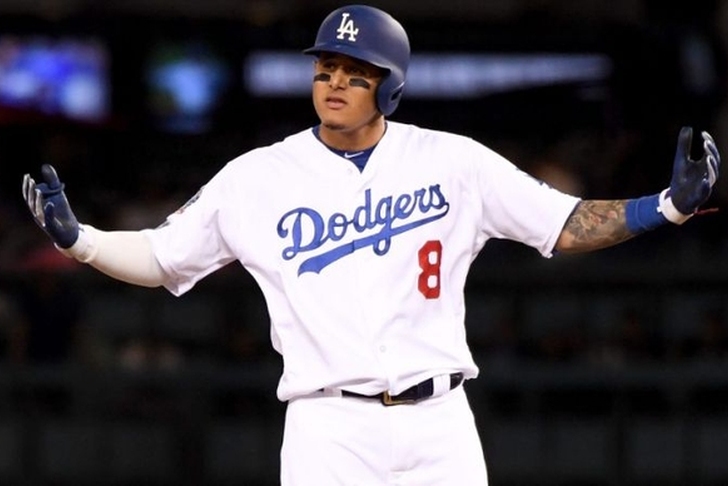 Bryce Harper Pay Cut?
In a piece for the NY Post, George A. King III reports the Yankees don't think they have room for Harper in the outfield (with money being a factor). However, MLB.com explores the idea of Harper taking a pay cut to sign with the Yankees.

While it's certainly a long-shot since Harper has made it clear he wants to get paid (and paid massively), MLB Network Radio's Jeff Joyce said Harper could sign a short deal with the Yankees and then parlay that into a longer and more expensive deal.

"How bad does he really want to be a Yankee?" Joyce asked. "Does that overweigh getting the biggest contract of all-time? Does he go to his agent and say, 'Just get me there. Just get me to the Yankees. Doesn't have to be $300 million. I'll take a shorter deal ... If he really wants to be a Yankee that bad, can't you see them trying to find a way to get that done?"

Although Harper grew up idolizing Mickey Mantle, taking a shorter-term deal when he can get so much elsewhere feels crazy.

Interest in Tulowitzki?
If the Yankees don't Land Machado, they will look at other middle infielders. One possible option is the recently cut Troy Tulowitzki. The Boston Globe reports the Yankees will "monitor" Tulowitzki. The big thing for the once-great Tulowitzki will he health. He missed all of last year and there are doubts about what kind of impact, if any, he can have.

If you love betting on MLB games, we recommend sports book BetDSI because they have an absurd promo - 120% bonus money on your first deposit. If you bet on football, do it with BetDSI - use promo code LIVE120 to get 120% cash bonus - get started here at BetDSI. They are the only sportsbook we recommend. Adding Andrew Miller?

The bullpen is also an area the Yankees want to add some help and the New York Daily News reports GM Brian Cashman has met with the reps for former Yankee Andrew Miller. It's an intriguing idea, given how great Miller has been in the past. However, injuries really had a negative impact on Miller's 2018 season.

Check out our New York Yankees page for all the latest Yankees Rumors or download the Chat Sports App!