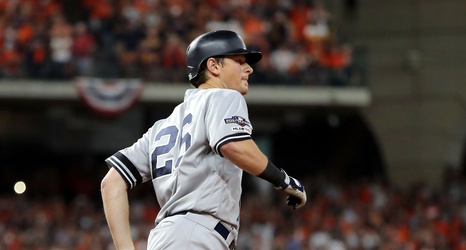 Game 6 of the ALCS will always be remembered most for Jose Altuve’s walk-off home run but Yankees fans will never forget Lemahieu’s game-tying home run with the season on the line. In an epic 10 pitch at-bat against Houston closer, Roberto Osuna the Yankees team MVP delivered one of the biggest home runs you’ll ever see under the circumstances. Just like he did all season LeMahieu stepped up when it mattered most and capped off one of the best first seasons in pinstripes by any player in franchise history.

When the Yankees signed LeMahieu to a two-year, $24M deal last offseason most fans wondered why the move was made and where he would fit in but that all changed about a week into the regular season.