Yankees trade infielder to the Giants 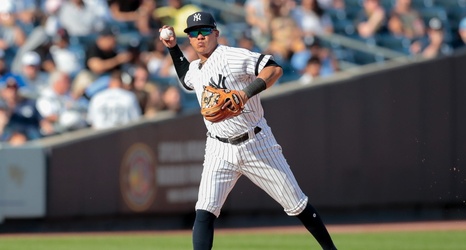 The addition of infielder Rougned Odor, who had a crucial RBI single late in the New York Yankees’ victory against the Tampa Bay Rays, made Thairo Estrada, a longtime backup infielder once seen with an outside chance of being a regular, expendable.

And the Yankees did just that: they traded Estrada to the San Francisco Giants for cash considerations. The infielder is now seen as organizational depth, but could have more avenues to playing time while with the Giants.

The Yankees had designated Estrada for assignment on April 6, after acquiring Odor by giving up prospects Antonio Cabello and Josh Stowers.