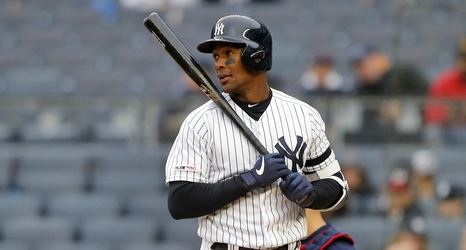 An old friend is coming back to the Yankees. According to YES Network’s Jack Curry, the Yankees will recall Miguel Andújar from Triple-A Scranton later today. Third baseman Gio Urshela suffered a knee injury during yesterday’s game against the Astros and underwent an MRI afterward, but Curry notes that it doesn’t appear to be serious enough to merit an IL stint just yet (reliever Albert Abreu will likely go down to make room). Given that Urshela might need a little time off, it certainly can’t hurt to call Andújar up.

The 26-year-old has had a rough go of it ever since he had shoulder surgery that ended his 2019 season early.