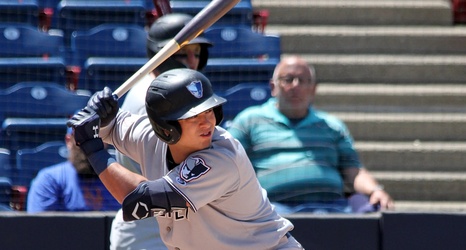 We’ve reached the half-way mark of the minor league season for full-season affiliates. The Somerset Patriots were able to win the first half title in the Eastern League’s Northeast division, taking down the Hartford Yard Goats in dramatic fashion. During their series, the top prospects on the team came up big. Around the rest of the system, Oswald Peraza heated up, and Austin Wells returned to action for the first time since May. Let’s check in on how those two and the entire Yankees system did over the past week.