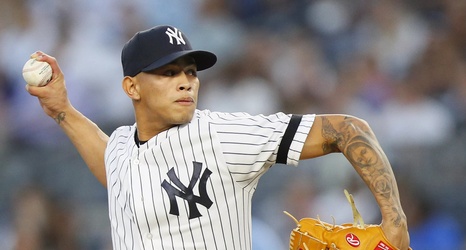 On September 14 Jonathan Loaisiga pitched his 50th major league inning against the Toronto Blue Jays. The significance of that moment is that he reached the threshold where he is no longer eligible for consideration as a prospect. Loaisiga graduated from MLB Pipeline’s top 30 Yankees prospects, and Brandon Lockridge moved onto the list. Let’s take a look at Loaisiga’s rise up the prospect rankings, his accomplishments at the major league level, and what the future may hold for this talented young arm.

Jonathan Loaisiga signed as an international free agent with the San Francisco Giants in 2012, and was assigned to their Dominican Summer League for the 2013 season.