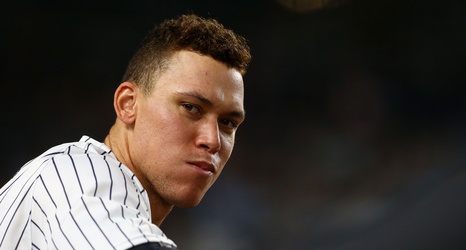 As if contemplating Aaron Judge at the top of the Yankees lineup wasn’t a bad enough idea, Saturday’s defensive alignment will feature the reigning AL Rookie of the Year in center field. Yeah, you read that right.

With Brett Gardner being rested, partly due to his poor career numbers versus Jays’ starter Marco Estrada, and manager Aaron Boone’s commitment to taking it easy on his 34-year-old veteran, the Yanks are quickly running out of outfield options.

Though Billy McKinney has played 115 minor league games in center field, perhaps Boone is of the mindset that pressure on the rookie will be palpable enough, let alone having to captain the outfield.