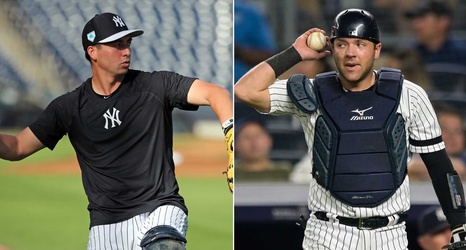 Gary Sanchez remains the Yankees’ catcher of the present and the future. General manager Brian Cashman has made that clear since Sanchez arrived in The Bronx.

The Yankees are less certain, though, about who his backup will be.

Austin Romine has filled that position for the past four years and is entering free agency for the first time. Further complicating matters is the fact that Kyle Higashioka is out of options, meaning the Yankees can’t send him down to the minors next season without putting him through waivers.

Cashman said on Thursday he remains engaged with Romine’s agents, but was also adamant that the organization is fine with Higashioka as Sanchez’s primary backup.