Yankees: Mike Mussina is one of the best Yanks pitchers without a ring 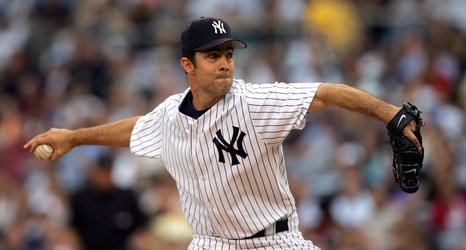 Plenty of pitchers have won a World Series ring as a member of the New York Yankees. Mike Mussina is not among them, despite how dominant he was throughout his career.

Mike Mussina was a workhorse for 10 years on the mound for the Baltimore Orioles. Following the 2000 season, Mussina became a free agent and tested the market. In November of 2000, Mussina signed a six-year, $88.5 million contract with the New York Yankees.

Mussina joined a division rival that was coming off of their four straight World Series championship. Adding him to the Yankees deepened their rotation for years to come.