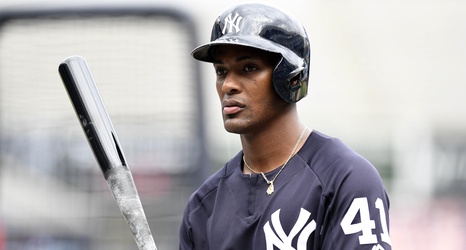 Depending on the outcome of Gio Urshela’s MRI on his injured knee, the New York Yankees could be very shorthanded before Luke Voit’s return, which could come at some point next week. Rougned Odor is also on the shelf, and things could get ugly depth-wise.

As the Yankees try to navigate the situation, and hoping that Urshela’s absence isn’t too long, they do have an infielder who is off to a fast start in Triple-A, and he happens to be an old friend and a known face: Miguel Andujar.

Andujar is not nearly the defender Urshela is, but he could be an option as an emergency third baseman for a few days, and he sure is off to a hot start with Scranton.