Yankees’ J.A. Happ could get a start in Angels series 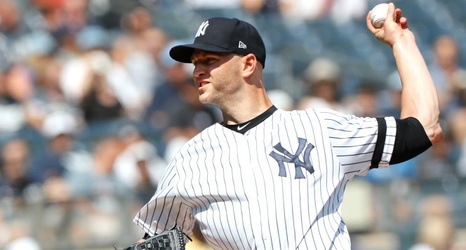 TORONTO — Manager Aaron Boone said J.A. Happ could start Thursday against the Angels at Yankee Stadium, but wasn’t certain about the left-hander, who received a cortisone shot in his left biceps Friday.

“I’m thinking probably Thursday but not sure,’’ Boone said of Happ who last worked this past Thursday in the first game of a doubleheader in Detroit, in which he threw 4 ²/u2083 innings in a 6-4 win.

Giancarlo Stanton continues to play in simulated games, getting reps in the outfield and at the plate as he progresses toward joining the Yankees on the upcoming homestand, which opens Tuesday night against the Angels.