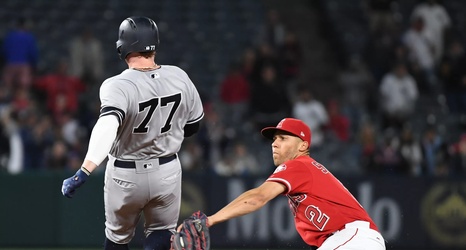 Call the Yankees snakebitten. That’s the only description fitting for the bad injury luck surrounding this team. On Tuesday evening, Bryan Hoch reported that Clint Frazier was sent for an MRI on his sprained ankle. Additionally, Giancarlo Stanton suffered a setback while rehabbing his biceps strain. The slugger received a cortisone shot in his shoulder, according to Meredith Marakovits.

Frazier suffered the ankle sprain during Monday’s marathon game against the Angels. He tried to slide back into second base during the 12th inning but rolled over his left ankle.