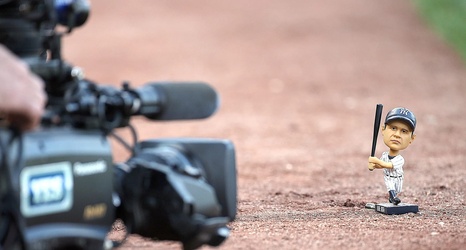 In the first game of a doubleheader against the Philadelphia Athletics on October 1, 1921, the Yankees clinched their first ever AL pennant. That led to things getting pretty weird in the second game of the doubleheader.