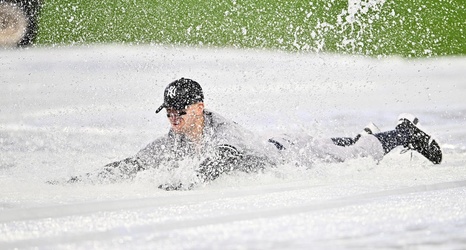 CLEVELAND — The series opener between the New York Yankees and Cleveland was postponed by rain Friday night, the latest weather issue for the Guardians, who have already played five doubleheaders at home.

They'll play their sixth at Progressive Field on Saturday as the teams will have a split doubleheader, starting at 12:10 p.m. The second game will begin at 6:10 p.m.

Cleveland also played a day-night doubleheader on Tuesday, and the Guardians are scheduled to play a doubleheader Monday in Detroit.

Friday's game was called at 7:30 p.m. — 20 minutes after the scheduled first pitch — with thousands of fans already inside the ballpark, monitoring the local radar on the giant scoreboard in left field.