Yankees’ Gleyber Torres talks about checked-swing play: ‘I can put a little more effort on that’ 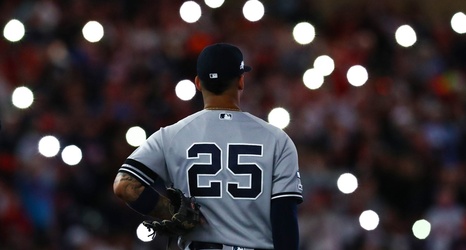 With six losses in their last seven games, the New York Yankees’ season isn’t going as planned. They dropped Wednesday’s tilt against the Atlanta Braves 4-1 and once again couldn’t produce on the offensive end.

One of the most frustrating situations came in the seventh inning, as Yankees’ shortstop Gleyber Torres, who has been struggling mightly since the beginning of the season, produced a soft grounder on a check swing, and proceeded to slowly jog to first base. His manager, according to Bryan Hoch of MLB.com, will not accept such a low level of effort.