Yankees didn’t come up with enough clutch hits in end 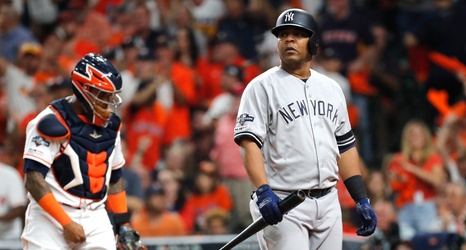 HOUSTON — This 2019 Yankees’ season turned from special to sour in a week’s time for one very obvious, analytical reason:

They lost their mojo.

To be more technical, they just stopped hitting with runners in scoring position.

They made it exciting at the end Saturday night, courtesy of everyone’s favorite bat man, DJ LeMahieu. Yet baseball’s most accomplished and celebrated franchise has clocked a full decade, from 2010 through now, without so much as reaching a World Series.

Yes, the Yankees are done, courtesy of a 6-4 loss to the Astros in American League Championship Series Game 6 at Minute Maid Park — Jose Altuve crushed a walk-off, two-run homer off Aroldis Chapman in the bottom of the ninth — that eliminated them by a 4-2 count as Houston reached its second Fall Classic in three years.