Yankees: Death, taxes and eliminating the Twins from the postseason 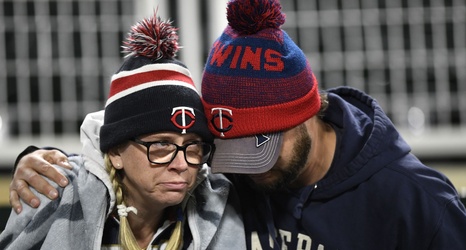 With the Yankees win on Monday night, not only do they advance to the ALCS where they await the winner between the Astros and Rays series, but they also continue their postseason dominance against the Twins, winning their 13th consecutive playoff game against the AL Central Champions, eliminating them for the fifth time in 15 seasons.

Going into the Division Series, Twins manager, Rocco Baldelli, seemed confident headed into the do or die best-3-out-of-5 against the AL East Champions; telling the media that Yankee Stadium “isn’t intimidating at all.”

Baldelli was under the impression that the Twins’ history against the Yanks wouldn’t plague his 2019 team that won 101 games, while also demolishing the previous team home-run record set by the Bombers in 2018 (267) with 307 long balls as a team.