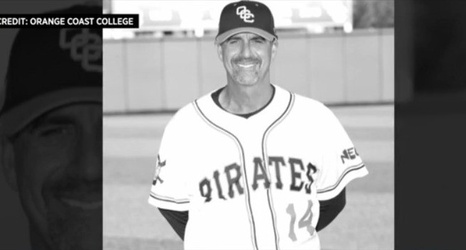 COSTA MESA, Calif. (CBSNewYork/AP) — John Altobelli’s team knew there was only one way to honor its late coach — by playing on his favorite day.

Altobelli’s Orange Coast College baseball team opened its season as scheduled on Tuesday against Chula Vista Southwestern. The game occurred two days after Altobelli, his wife and their 13-year-old daughter were killed in the helicopter crash that also took the life of Kobe Bryant and five others.

“They didn’t so much ask me. They told me,” athletic director Jason Kehler said about the team’s decision to play.