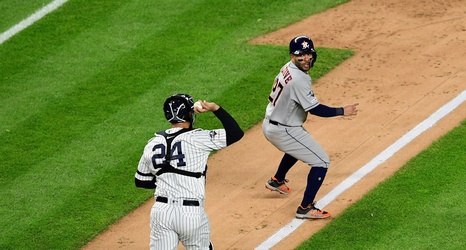 While there are some in baseball circles that believe Gary Sanchez is destined to become a full-time designated hitter inevitably, the Yankees aren’t ready to give up on the defensive development of their starting catcher.

Therefore, the Bombers have hired catching guru, Tanner Swanson, who previously spent three seasons with the Twins, where he received much praise for turning Mitch Garver into an above-average major league backstop capable of securing 4.2 runs above average in 2019.

So can Swanson do the same for Sanchez?

Before being employed by Minnesota, Swanson worked with catchers at the University of Washington and even opened D1 Coaching, a catching, and consultation business in 2015.