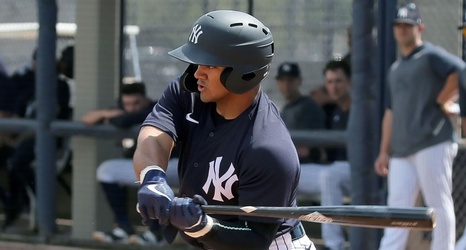 New York Yankees’ uber-prospect Jasson Dominguez, the best-ranked young player in the Bombers’ system according to MLB Pipeline, will begin the year in extended spring training at the club’s player development complex in Tampa, Fla. That doesn’t mean he can’t and won’t be assigned to one of the minor league affiliates down the road, but for now, that’s the plan.

Meanwhile, Austin Wells, the Yankees’ first pick in the 2020 MLB Draft, is slated to begin the season, the first one of his professional career, with Low-A Tampa this week. Those two are perhaps the Yanks’ most exciting prospects.