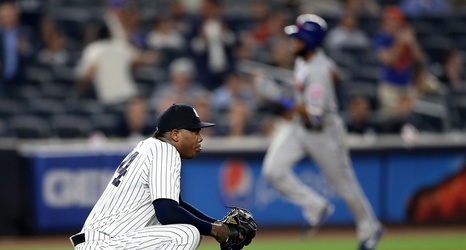 NEW YORK, NY - SEPTEMBER 12: Aroldis Chapman #54 of the New York Yankees reacts after the third out against the Baltimore Orioles during the ninth inning at Yankee Stadium on September 12, 2020 in the Bronx borough of New York City. The Yankees won 2-1. (Photo by Adam Hunger/Getty Images)

When Yankees closer Aroldis Chapman is smiling, that’s typically a bad thing. It’s like an involuntary muscle twitch that only activates when his body is dealing with an extreme form of failure.

Either that, or he may or may not have just … ahem, released some tension in his pants.