Yankees and Orioles rained out for second consecutive night 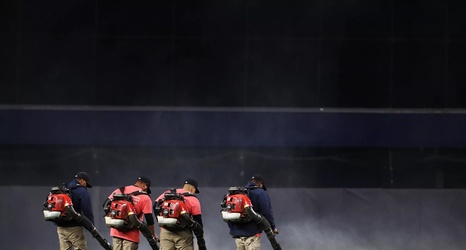 Another day, another rainout. With precipitation in the forecast for most of Tuesday night, the Yankees and Orioles will again fail to get their series started. Tomorrow’s single-admission doubleheader still looks to be on.

This puts Aaron Hicks’ season debut on hold again, and will presumably push back the Yankees’ starting rotation. J.A Happ was slated to go tonight, and Domingo German lined up to start tomorrow, so we’ll see if the Yankees stick with that and roll out Happ and German for the doubleheader. According to MLB.com’s Bryan Hoch, tonight’s game will be made up as part of a split doubleheader on Monday, August 12th, when the Orioles will be back in the Bronx (I was personally hoping for a tripleheader on Wednesday).