Yankees: Analyzing what went wrong during the ALCS 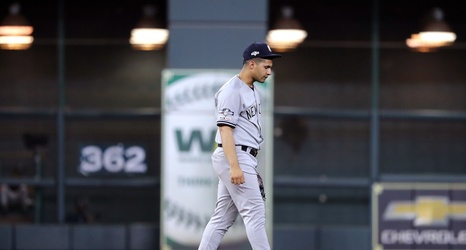 Just a week ago it looked like this was going to be the year the Yankees won their first World Series since 2009 and the 28th in franchise history. After a 103 win regular season and a dominant ALDS sweep over the 101-win Minnesota Twins, the Yanks went into Houston for Game 1 and shutout the top-seeded Astros 7-0 to take a 1-0 series lead.

Unlike the 2017 ALCS, the Yankees were finally able to win a game in Houston and gained home-field advantage before the series shifted to New York for Games 3-5. That was still the case even after they suffered another devastating walk-off loss in Game 2 when Carlos Correa hit a walk-off home run to give Houston a 3-2 win in 11 innings to tie the series.