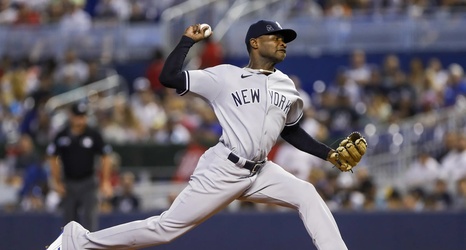 After getting Luis Severino back yesterday, the Yankees received another addition to their pitching corps today. Ahead of Wednesday’s series finale against the Rangers, the Yankees announced that they were activating Domingo Germán from the injured list.

Germán hasn’t pitched since July 31st after dealing with shoulder inflammation. He suffered a setback along the way, delaying his return and likely necessitating a change in the way he’ll be used the rest of the season.

Much like Severino, the plan for Germán is for him to go to the bullpen. In addition to the Yankees needing arms there, Germán doesn’t have enough time to build his arm strength back up, especially with the minor league season winding down.