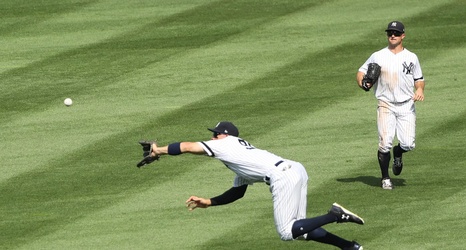 If this had been a boxing match, it would have been scored a first-round knockdown by the Phillies. Jameson Taillon gave up four runs while only recording a single out, and this deficit proved almost too steep to overcome. However, the Yankees were able to get up after a nine-count only to see Aroldis Chapman blow it in extras. Let’s see how it unfolded.

The Yankees came out swinging, and went down in order on six pitches in the top of the first. Things couldn’t have been different for Taillon in the bottom half, as he was on the ropes from the first pitch he threw.