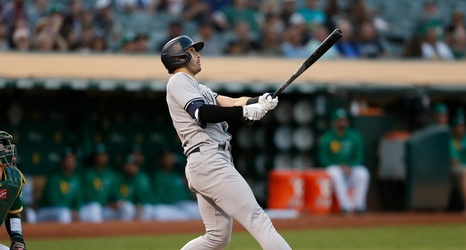 Make it 12 in a row for the 2021 New York Yankees! The remarkable winning streak is the team’s longest in 60 years, dating back to the legendary 1961 squad of Mantle and Maris.

All history set aside though, this was an incredibly frustrating game to recap (to watch, for that matter) considering that the Yankees had a commanding 6-0 lead early and looked like they would win a rare laugher in Oakland. We should have known better. As Hawkeye said in Avengers: Endgame, “Don’t do that. Don’t give me hope.” Jameson Taillon had a rare clunker of a start and the Yankees’ bats went to sleep after an early outburst until they scratched out the winning run.