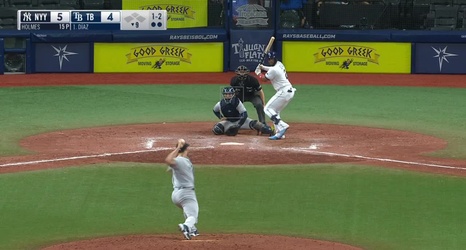 This team, man. Jordan Montgomery had his first truly ineffective start since his first outing of the season. The offense looked anemic early on against Shane Baz. And yet, never did the game feel out of reach, and thanks to big nights from Jose Trevino and Aaron Judge, the Yankees were able to climb all the way back to complete their 20th comeback win of the season, securing a 5-4 victory over the Tampa Bay Rays.

Coming into tonight, Montgomery had allowed two or fewer runs in 11 of his 13 outings this season; in the other two, he allowed only three.