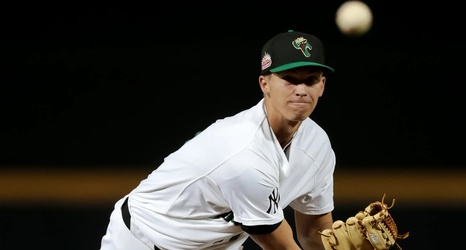 The Yankees focused their efforts on pitching during the 2017 draft, selecting 10 pitchers with their first 11 picks. Among the haul of arms entering the system was right-handed pitcher Glenn Otto from Rice University. The Yankees believed that the 6-foot-4, 240-pound Otto had the build and potential to work as a starter in the professional ranks. From the beginning, the Yankees pitched Otto on a starter’s schedule and began the process of adding to his arsenal in order to make him a viable starting pitching prospect.

Injuries slowed Otto’s progress almost immediately, as his first full professional season was cut short due to a blood clot in his shoulder.