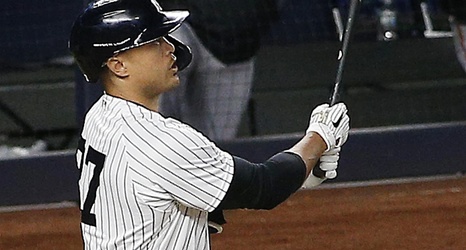 When the 2021 season started, Yankees fans’ most recent memory of Giancarlo Stanton in meaningful games was the slugger crushing dingers throughout the 2020 playoffs. On Opening weekend though, the Bronx faithful turned on him almost immediately. Stanton went hitless against the Blue Jays in a series wherein the entire offense struggled to hit Toronto’s pitching.

While fans have already booed other players this season (Aaron Judge… really?), fans jeering Giancarlo is not new. He has been the target of Yankees fans’ ire since arriving in the 2017 off-season in the trade that sent Starlin Castro, Jorge Guzmán, and Jose Devers to Miami.