What does Jason Parker bring to the Yankees organization? 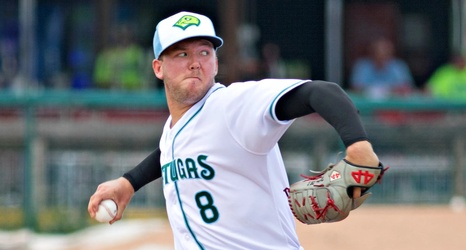 On August 30th, the Reds and Yankees completed their deal from late July that sent relievers Luis Cessa and Justin Wilson to Cincinnati in exchange for a player to be named later (PTBNL). That “later” time has now arrived, as the Yankees broke the news that they had acquired right-handed pitching prospect Jason Parker.

The Yankees didn’t exactly scout and identify Parker as a talent to fulfill an unmet need within the organization. As a so-called PTBNL, Parker serves as a fringe benefit to the trade, as the immediate purpose of sending Cessa and Wilson to the Reds was to dump salary and free up the Yankees’ payroll leading up to the 2021 trade deadline.