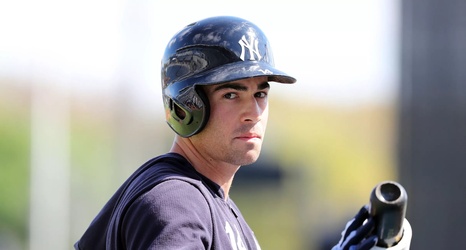 Despite the fact we’re still three weeks away from Opening Day, it would appear things are about set as far as the Yankees’ bench is concerned. Just yesterday, Aaron Boone yet again confirmed that he will not carry two full-time first basemen on the 25-man roster, which points to Austin Romine, DJ LeMahieu, and Tyler Wade occupying the three bench spots.

Romine and LeMahieu’s inclusions shouldn’t come as a surprise at all. Romine’s spot on the roster hasn’t been threatened in years, and the Yankees signed LeMahieu so his glove could bolster three different infield spots.