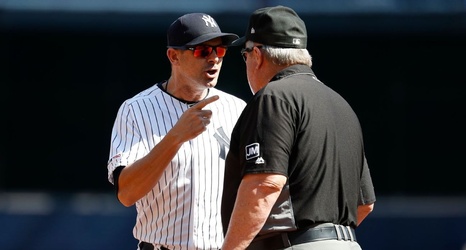 Stanton watched three called strikes near the bottom of the strike zone and then exchanged words near home plate with Rehak.