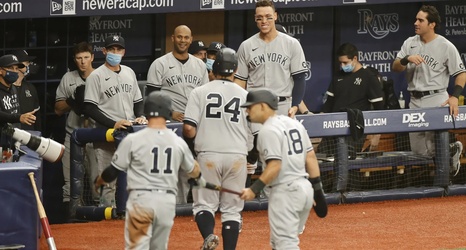 The Yankees’ first road trip of the season hasn’t gotten off to the greatest start, but at least they left Tampa with a victory. After salvaging the finale of the Rays series New York is staying in-state to play Toronto, travelling to the Blue Jays’ spring training field. The Yankees had to play in an alternate site for Toronto’s home games last season as well, and they didn’t go great, so here’s hoping that Dunedin proves to be friendlier turf.

While you’re waiting for tonight’s game thread, check out some of the pieces we’ll have for you today.