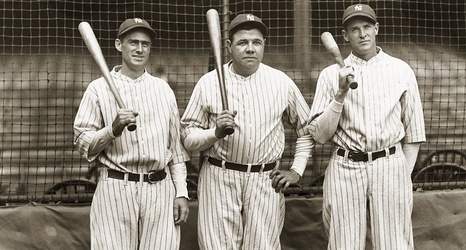 George Herman “Babe” Ruth born in 1895, is the greatest Yankee baseball player to have ever to play the game. He would go on to hit 714 home runs, 2,213 RBI’s, over 2,000 bases on balls, with a slugging percentage of .690 and an OPS of 1.164, two records that still stand today. He was not only a great baseball player but still, today stands as one of America’s greatest sports icons in American culture.

So goes the story of the real Babe Ruth that few know about. Ruth was born in Baltimore Maryland. With his father working long hours in his saloon and his mother often in poor health, Little George (as he was known) spent his days unsupervised on the waterfront streets and docks, committing petty theft and vandalism.