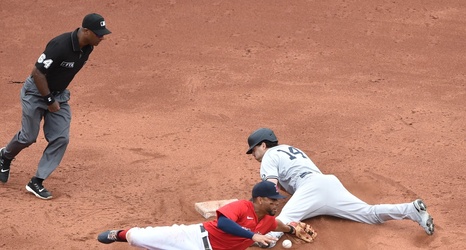 The verdict on the Yankees’ offense at the All-Star break was clear, repeated ad nauseum by announcers, pundits, and fans alike — the team was unathletic, one-dimensional, and slow. Before the break, the squad could only compile 20 stolen bases altogether, ranking them dead last in all of MLB. Yet despite fielding a highly similar roster, the tide has turned since the break.

Between the All-Star break and Monday’s make-up against the Angels, the Yankees stole 24 bases, already beating their first half total in less than a month. Forcing opposing pitchers to reckon with the running game is valuable, but that may be the only value the Yankees have really found from their increased emphasis on stealing, bringing into question the value of criticizing the team for their low first-half totals in the first place.