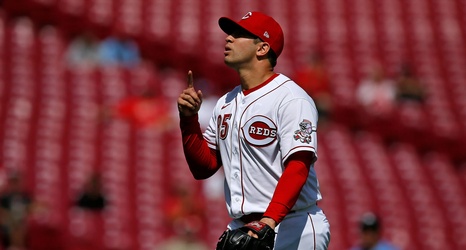 One is always inclined to look for possible explanations to more or less rationalize something that initially doesn’t make sense, not only for you but also for the vast majority. The harder you look for an excuse, a caveat, or something that resembles a reasonable line of thought is often dictated by your own level of confidence in the people ultimately responsible for said decision.

Back in the heat of trade deadline season, the New York Yankees were clearly moving in the direction of trying to win-now, but surprised a lot of people as they struck a deal with the Cincinnati Reds, who were also looking to bolster what then seemed like their slim playoff chances.