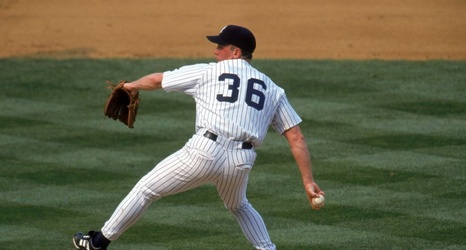 In 2009, David Cone’s name appeared on the MLB ballot for what would be the first and only time. Cone would garner the support of only 3.9% of Hall of Fame voters resulting in name dropping off the ballot. When looking back at his career, Cone deserved more consideration and debatably should have a plaque in Cooperstown.

Over his 17 year career, Cone would accumulate 194 wins, 126 losses with a 3.46 ERA and 2,688. At first look, the numbers do not jump off the page. Having fewer than 200 wins certainly hurt his case as Hall of Fame voters have always placed more significance in traditional statistics.