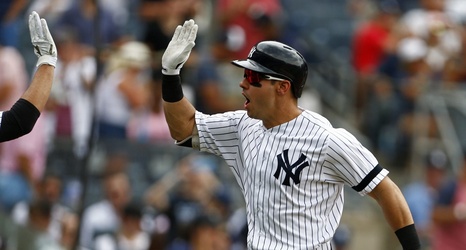 At the bottom of the eighth inning with the New York Yankees down 7-6, a base runner was desperately needed. Rewinding a bit, manager Aaron Boone deployed Miguel Andujar in left field to start the game. Andujar suffered a bad error that allowed the Red Sox to drive in a run and subsequently gave up a homer on the next at-bat to Xander Bogaerts, driving in two more. He was evidently pulled after the error and having been unable to produce at the plate.

Boone sent in Mike Tauchman, who brings more defensive stability than Andujar but has a lesser bat, so I thought.