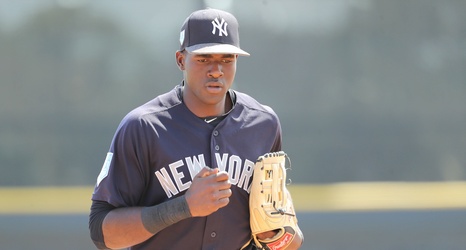 One of the Bombers’ top prospects, Estevan Florial, was/is expected to develop into a bonafide starter. His elite base-running, speed, defense, and bat make him a well-rounded player, but he has been unable to get out of his own way in recent seasons.

The 21-year-old Dominican born outfielder ranked as the No. 38 prospect in all of baseball in 2018, and last season he was 2nd with the Yankees only behind Deivi Garcia, a player who rose through the minor league system from top to bottom in three months.