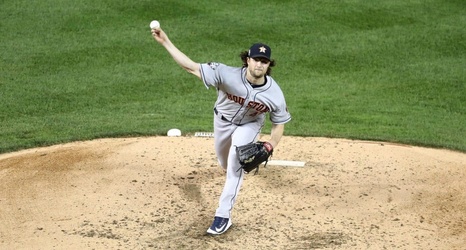 The New York Yankees and Gerrit Cole are officially engaged in contract discussions at winter meetings.

Yankees did make their first offer to Gerrit Cole last night. Seems to be negotiating to do. Main competitors thought to be Cole’s 2 hometown teams: Angels and Dodgers

By all accounts, Cole is pushing to sign during the meetings so Yankees fans should buckle up for the rest of the week.

The initial offer was previously reported to be for seven years, $245 million.

While Yankees haven’t submitted their initial bid on Gerrit Cole just yet — they are working on it — it will be made very soon.