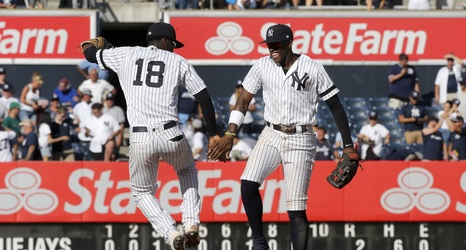 The Yankees have six games left in the regular season, and at this point we know that they will play baseball in October. It remains to be seen who they will face in the ALDS, however. Here’s a look at all the relevant games that took place yesterday.

Some good news on the home-field advantage front! Wade Miley was lit up by the Angels to the tune of four earned runs over one inning pitched. The Astros were pretty much doomed from the start of this game. Because of that, Houston now has a 101-54 record compared to the Bombers’ 101-55 record.