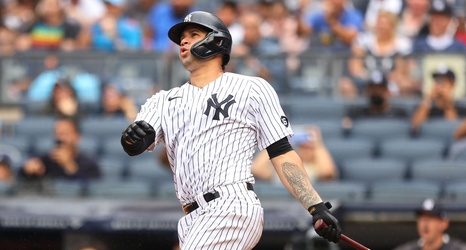 NEW YORK (CBSNewYork/AP) — Gary Sánchez hit a grand slam and a two-run homer, but the New York Yankees blew a late lead and lost again to Baltimore, falling to the last-place Orioles 8-7 Sunday.

The wild card-contending Yankees dropped to 7-9 against the Orioles this year. Baltimore is 1-18 against AL East-leading Tampa Bay.

Sánchez hit a slam in the second inning, and his homer in the sixth off Marcos Diplan (1-0) gave the Yankees a 7-4 lead and earned the catcher a brief curtain call.